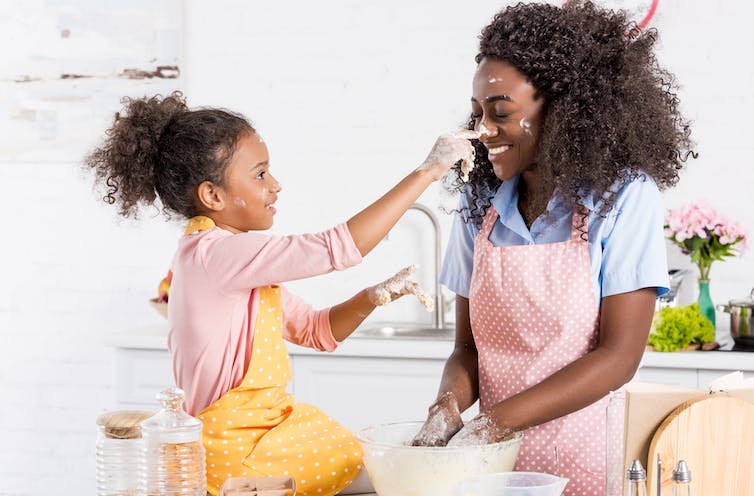 Just the two of us.
shutterstock /LightField
Nicola Carroll, University of Huddersfield

Given that one in four children now grow up in one-parent homes and that 42% of marriages end in divorce you might expect prejudice against single parents to be a thing of the past. Yet a 2014 poll found that 75% of single parents had experienced stigma.

Indeed, Boris Johnson has recently been confronted about a column he wrote for The Spectator in 1995 which described the children of single mothers as “ill-raised, ignorant, aggressive and illegitimate”. When pressed on the comments by callers on LBC radio, Johnson said this was written before he was in politics.

It’s maybe not surprising, then, that mothers who took part in my research interviews described feeling isolated, stigmatised and frustrated with negative stereotypes.

In fact, most participants in the study said they wouldn’t tell someone they met for the first time they were a single parent, viewing it as a “label” which they automatically associate with “being judged”. Some told me about critical remarks made by relatives, colleagues or acquaintances. Others spoke of being “dropped” from their social circle after their divorce or not being invited when couple families got together for meals and outings.

Stereotyping was by far the most common symptom of stigma raised by mothers from a range of backgrounds and circumstances. Unsurprisingly, The Daily Mail and Jeremy Kyle Show were named as prime culprits for portraying “teenage mums deliberately getting pregnant so they can scrounge off the state” and “single mums who don’t know who the fathers of their children are”.

Interviewees believed these images are perpetuated in the media because it attracts larger audiences than reflecting realities of their own lives such as balancing work and childcare. They were angry that programmes portraying single parents as irresponsible then prompt “nasty” social media posts.

Parents also discussed the impact of stereotypes on their self-esteem. As one explained:

I fell into that whole stigma of broken families … I was judging myself because I’d listened to opinions out there in society … the media and policies at government level.

Where psychologists have focused on cognitive processes entailed in stereotyping, sociologist Erving Goffman examined stigma as a manifestation of broader social relations. His seminal 1963 essay described how so-called “normals” are respected for meeting cultural expectations while those who “fall short” of the criteria become “discredited”.

Goffman argues that having a “spoilt identity” hinges on what is deemed socially desirable at a particular time and place, rather than a person’s attributes. This explains why non-marital birth and divorce have lost their stigma in Western society. But this doesn’t tell us why single parents, who now number 1.8 million in the UK, still face stigma.

Sociological researchers Bruce Link and Jo Phelan have built on Goffman’s insights to show how labelling and cultural beliefs cause “us and them” distinctions, leading in turn to status loss, discrimination and disadvantage. Where Goffman concentrated on personal interactions, Link and Phelan view wider economic, social and political power structures as essential to the reproduction of stigma. And analysis of these forces may indeed shed light on why single-parent stigma continues.

Looking first at finance, mothers without male partners through history have been both poor and branded as immoral. Medieval villagers would throw stones and use crude instruments to “make rough music” outside the doors of unmarried pregnant women – who they saw as an economic burden on the parish.

Church records from the 16th-century detail disputes over financial responsibility for “bastards”. Tabloid attacks on single parents could then be seen as a modern equivalent of medieval “rough music” – coupling concern over resources with moral condemnation.

Researchers have demonstrated how stereotyping of single mothers is also inextricably linked with gender inequalities and class caricatures. Policies of successive governments have reinforced single-parent stigma. Research shows how “workfare” policies, austerity and “broken families” rhetoric has influenced public attitudes and shamed lone parents who are unable to access suitable jobs. And welfare reform means young single parents, who meet with most disapproval, receive £780 a year less than those over 25.

For stigma to stop, the media need to look at the facts, rather than recycling unhelpful cliches. Indeed, 70% of single parents work, some 10% are fathers. And the average age of a single parent is 39.

Research also shows that having a single mother has “insignificant” effect on children’s development and being a young parent can be positive. Ironically, children’s fiction and comedy series often seem to depict lone parenting in a more rounded way than journalism can manage.

Public policy must also do more to understand the practicalities of lone parenting – given the fact that single parents are more likely to be wrongly sanctioned than other benefit claimants. One of the mothers in my study with eight year-old twins and no support described being negatively “judged” for not working, yet unable to take a cleaning job starting at 5am, which she was advised to apply for. Recognising such predicaments would be a major step towards breaking the stigma cycle.

This article is republished from The Conversation under a Creative Commons license. Read the original article.